This excellent masterclass was presented by Katriona Eldmann, Chancellor’s Fellow in Energy in the University of Edinburgh. It covered a diversity of aspects, including the role of hydrogen in the energy transition, hydrogen generation, transport storage, and monitoring, and geochemical and microbial processes in the subsurface.

According to the IEA (Energy Technology Perspectives 2020 – Analysis - IEA), the Net Zero CO2 emissions in the Sustainable Development Scenario imply an increase in the global production of hydrogen by a factor of 7 in the next five decades, to provide 13% of the total energy demand by 2070. But the impact of hydrogen in the decarbonization portfolio might be even more significant, because of its versatility to store and transfer energy, as well as its direct applications for the industry and transportation. 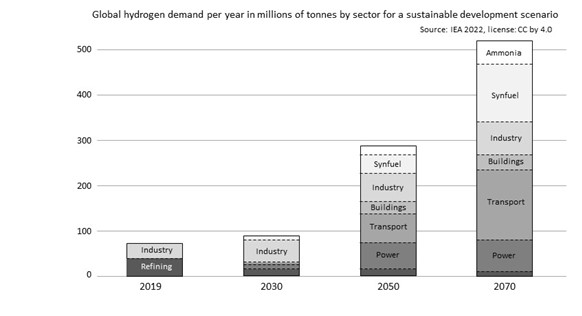 The knowledge of the underground will be critical for the geological storage of hydrogen in porous rocks (e.g., depleted gas fields and saline aquifers) and salt caverns, the only sizable storage to support full electrification (inter-seasonal storage), provide energy security and replace natural gas in domestic heating.

There is also an increasing interest in the exploration of natural hydrogen (white hydrogen). This could change the paradigm of hydrogen in the energy transition, as it can be both cheaper and cleaner than grey, black, or blue hydrogen (produced from coal and natural gas, with the geological storage of the CO2 generated in blue hydrogen). Natural hydrogen production would also be significantly more cost-effective than “green” hydrogen, which is produced from water electrolysis using wind and solar energy and entails high energy and water consumption.

Natural hydrogen production is already happening in the small Malian village of Bourakébougou, 50 km to the north of the capital Bamako, where a well initially planned to provide water returned 98% hydrogen from predominantly carbonate reservoirs intercalated with doleritic sills. In 2021, six companies applied for 18 licenses in South Australia, covering 32% of the territory (the current number of applications is even greater), and companies are drilling for natural hydrogen in both North America and South Australia while exploration blocks have also been conceded in Europe (Llinás, AAPG Explorer November 2022).

IGI is committed to participate and contribute to the transition to a net-zero energy world. As part of our R&D efforts, we are currently collaborating with industry and academia to improve the current understanding of how, where, and how much hydrogen is naturally generated, as well as how it migrates and gets trapped in natural rock formations. Our focus at present is to understand what natural hydrogen systems could consist of, from source to accumulation, and to produce a means to model such systems for exploration purposes. 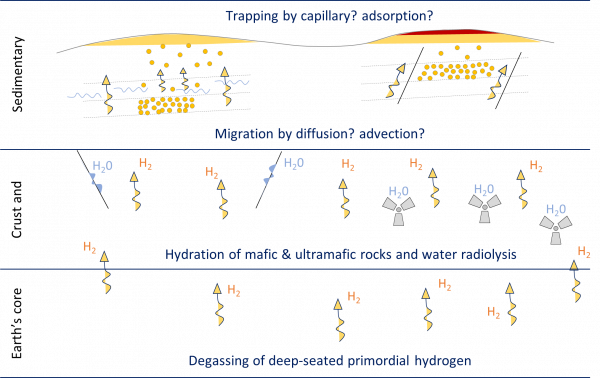