Here at IGI we try to contribute some of our spare time and energy to local communities where we can, some examples of our contributions are:

Please see below for more details....

In 2019 IGI was able to support Carlos da Silva’s partner to undertake some charity work with Dig Deep. 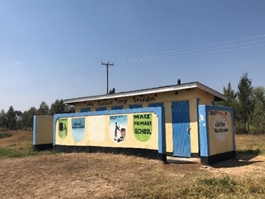 Dig Deep works to provide clean drinking water, proper toilets and good hygiene in rural Kenya, where less than 20% of the people have access to these services. 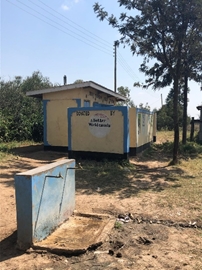 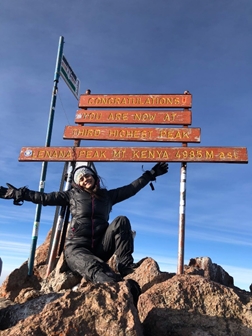 This is due to less absence at work, reduced burden on health services and better nutrition, improving enrolment at schools.

Dig Deep promotes change by building infrastructure to provide schools and communities with clean water, building latrines in schools, providing children with a safe, hygienic and private space in which to go to the toilet and delivering training, ensuring that communities understand how disease is spread and what they need to do to keep themselves and their families healthy.

IGI was able to support Inês with her two big challenges! She managed to help 75 children to have access to clean water at their school, the St. Theresa’s Primary School, in Nairobi. And she also managed to climb Mount Kenya, a task by no means easy, with altitude being a real pain, but, in the end, the views were like no other and the stories she gathered are priceless…

The boxes contain practical equipment, ideas and materials that cover all aspects of the primary science curriculum, from early years to year six; and helps to introduce concepts of science to younger children, in a fun and interactive way, whilst incorporating aspects of other subjects such as English and Mathematics. IGI are very pleased to continue its support of such a valuable resource for the local area, that enriches and encourages young, scientific minds!  (Feb 2019) 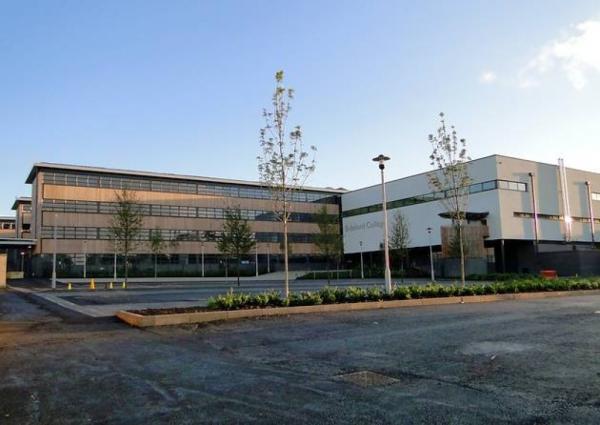 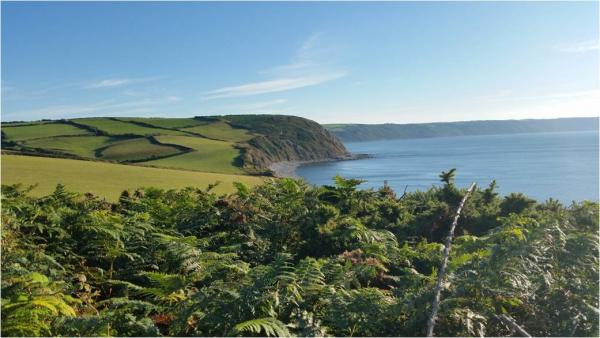 IGI Ltd was pleased to be asked, following a chance meeting on an “arts meets geology” field trip earlier in the year, to introduce North Devon’s Geology to the members of the local Coastwise community (members with a vested interest in learning about and preserving Devon’s coastal environments) on 3rd Nov 2016. The title of the talk was “An introduction to Geology from a coastline lifecycle perspective”.

The aim of the talk (given by Andrew Green) was to present a picture of how North Devon’s Coastline has come into being and how it is still being shaped today. In the context of four main key geological processes: Deposition / Burial / Uplift and Erosion, which subsequently are also prime constituents of the Rock Cycle and drive of the dynamic earth we see today.  Attendees were informed how the coastline from Westward Ho! to Hartland Quay is formed of three identifiable formations (sequences of rock) all of Carboniferous Age (350-290Ma).

Laid down in an actively evolving aqueous environment which was becoming more and more landlocked as a result of the advancing Variscan orogeny (mountain building episode analogous to the Himalaya range today) deposited sediments were buried, deformed and consequently uplifted again very rapidly. Various geological indicators provide useful clues as to how deeply buried rocks which are currently presented at the surface have previously been ( 6-8km experiencing temperatures of 180°C to 240°C). Many fine examples of the tectonic deformation are exposed within the cliffs bounding the North Devon Coast, including those seen at Hartland Quay and Peppercombe/Portledge.

Geological processes have not only played a role in producing the rocks which make up the present day coastline but also actively influence its present day shape and patterns of erosion. The interplay between coastal erosional processes and large scale tectonic processes has had a big impact on the North Devon coastline and will continue to do so for Millennium to come.

With a good turn out and an attentive audience, the talk was well received. 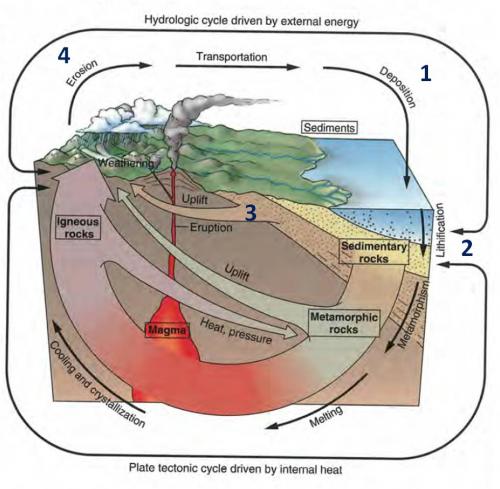 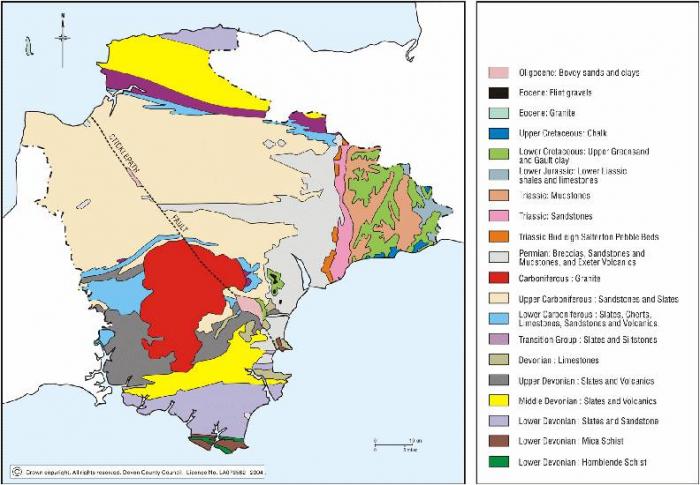 IGI Ltd was pleased to be asked to act as guide for the U3A Geology Group’s field trip to Codden Hill Quarry (NGR SS 56927 29718) and Fremington Quay (NGR SS 51016 33081) on 23rd May 2016. The purpose of the field trip was to examine exposures of the Codden Hill Chert, the Crackington Formation, plus river shoreline weathering which has created sediments suitable for pigments.

Chris Cornford (IGI Ltd) placed the exposures into their regional tectonic context, explaining how the Lower Carboniferous (Dinantian) beds were deposited and subsequently deformed during the Variscan Orogeny, when the palaeo-continents of Gondwana and Laurussia converged to form the super-continent of Pangaea. The group observed large, anticlinal folded beds of silts with dips from 60-70° containing marine fossils at Codden Hill Quarry. At Fremington Quay, a faulted exposure of a syncline is observed with siliceous Codden Hill Cherts and shales of the Crackington Formation. The afternoon was topped off with a fascinating introduction of shoreline lichen-types by the Leader (and botanist) Dr Duncan Jeffray from the U3A Minehead group. 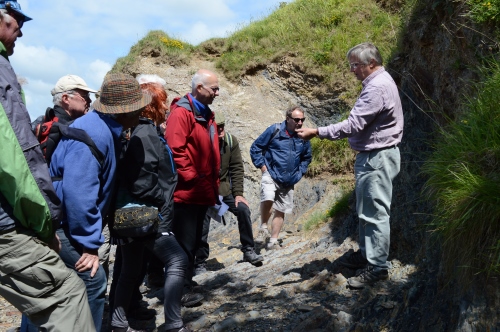 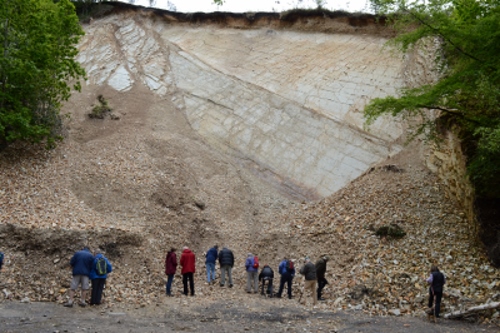 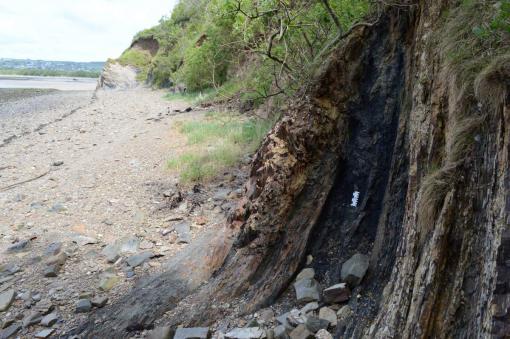